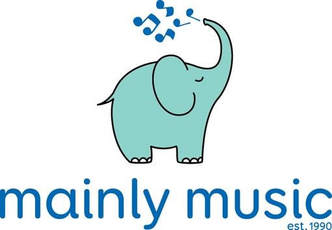 This is a very popular programme for parents and babies through pre-school children with half an hour of music and activity, followed by morning tea and playtime with toys. 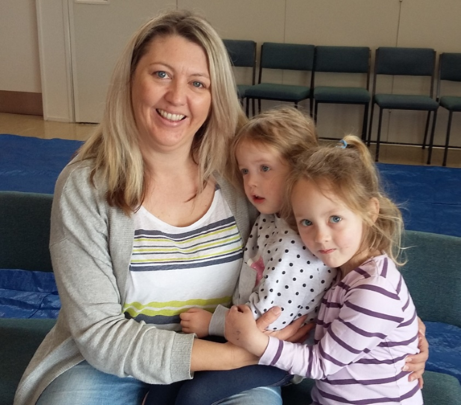 Gill: Miriam, you have been coming to “mainly music” for five years now, since your oldest child, Emily, was one year old. What were your first impressions?
Miriam: It was such a welcoming environment – the team is very good at connecting with people. I was a new mum then, so it was fantastic to be able to meet other mums going through the same experiences. I met new friends that are still close today.

Gill: Over the years you’ve had three children coming.
Miriam: Yes. My kids all love it. Sienna has been coming since she was five days old, so she just thinks that music is part of her routine. Zoe is the one who is enjoying it most now, particularly with the parachute song.  She jumps up and down and ends up in fits of giggles. They’ve also enjoyed meeting new friends that they associate with now outside of the “mainly music” sessions.

Gill: At Christmas time in the tableau I think we’ve had a Mary from your family.
Miriam: Yes. They’ve often been angels but we have had a Mary – it was Emily a few years ago. We missed out on having baby Jesus unfortunately – the timing of our babies wasn’t quite right! We have a photo of the tableau two years ago where they’re standing around the manger looking at baby Jesus. Zoe has it on her bedroom wall. They remember Christmas and Easter really well and I think it helps them make a connection as to what the reason for the occasion is.

Gill: I think you’ve been coming to Messy Church too. What is it that you like about it?
Miriam: Messy Church is great for the kids because they all enjoy their time here. They have fun doing the activities and the crafts. They like Tony – he’s great fun. The information they get is perfect for the age group. For me, dinner’s cooked! It’s a nice thing to have a meal together at the end of it.

Gill: Are there any other comments that you would like to make?
Miriam: Just that “mainly music” is a fantastic part of our weekly routine. For me personally it’s actually made a huge difference. I’ve got a lot of friends and made connections that I think are important as a mum. You need to be able to have somebody else you can talk to, particularly when you are stuck at home with little ones. You could end up being a bit isolated and lonely. Coming to “mainly music“ has given me a network of people that I now know. It has been invaluable.